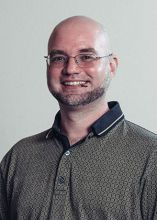 Benjamin has been a web application programmer since the mid-90's and has been an owner/member of worker cooperatives since 2007. His technical skills include *nix system administration, information systems architecture, and programming in several languages including PHP, Javascript, Ruby, Perl and Java.